Have you been voting daily and watching the informative/inspiring shows on PBS for The Great American Read? Below are excerpts from a PBS press release about this program (click here for the entire text). With less than one week left to vote- check out the current top ten… it’s up to voters to see which book come out on top!!! Visit the library to pick up some awesome books from the list of 100 most loved books! 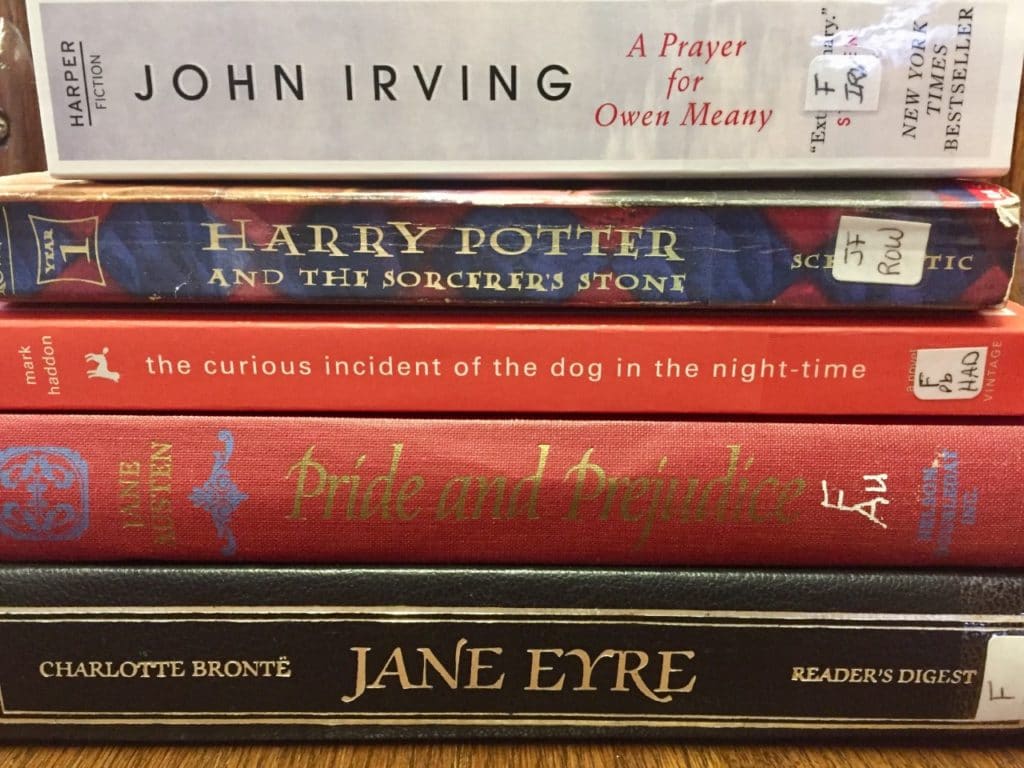 “The clock is ticking to cast your final votes for America’s best-loved novel. THE GREAT AMERICAN READ will air its “Grand Finale” episode and reveal America’s choice for its number one book on Tuesday, October 23, 2018, 8:00-9:00 p.m. ET on PBS stations nationwide (check local listings).

…..Since its launch in May 2018, the initiative has sparked a nationwide call to action for viewers to read as many books on the list as possible, vote on their favorite works of fiction, and share their thoughts and opinions on social media as part of a campaign to celebrate books and reading. Many readers have joined the conversation on social media, with a combined following of more than 200,000 book lovers across Facebook, Instagram and Pinterest.

…..To date, more than 3.8 million votes have been cast in conjunction with THE GREAT AMERICAN READ; voting is open until Thursday, October 18 at 11:59 p.m. PT. Viewers are currently able to vote for their favorite titles each day at pbs.org/greatamericanread, through hashtag voting via Facebook and Twitter, and through SMS texting using the dedicated book hashtag. Viewers may also cast their vote toll-free by phone.

Heading into the final week of voting, PBS has revealed the current top 10 books in alphabetical order:

“Since the series launched in May, millions of book lovers, superfans and literary advocates from across the country have cast their vote in search of America’s Best Loved Novel,” said Bill Gardner, Vice President of Programming and Development, PBS. “Every title on our top 100 list provides a unique window into our vibrant and diverse national culture, and with a week left until the vote is final, it’s still anyone’s game! So keep reading, voting and sharing your favorites with us.”

“It has been amazing to see how passionate and engaged the American audience has been with THE GREAT AMERICAN READ,” said Jane Root, Nutopia CEO and founder. “The 100 novels selected have a special place in our hearts, as they celebrate our stories and take us to new worlds. Thank you to those who have voted and will continue to do so. I have no idea which book will come out on top, as they are all so special, but we are so excited to find out America’s most loved novel.”

….
Many states’ top 10 lists reflect their regional pride for featured books by authors hailing from those states. For example:

In addition, Puerto Rico voted books by Latin authors or with Latin themes higher than anywhere else, making its top 10 significantly different from the nation’s top picks as a whole. Among its top 5 are Don Quixote, To Kill a Mockingbird, Doña Bárbara, One Hundred Years of Solitude and The Little Prince.

In addition, seven of the current top 10 books were written by female authors, 11 of the top 20 were written by American authors, and there are 201 years dividing the most recently published book and the oldest book in the top-ranking list. “

Below are the top lists of novels by popular genres as the vote currently ranks: