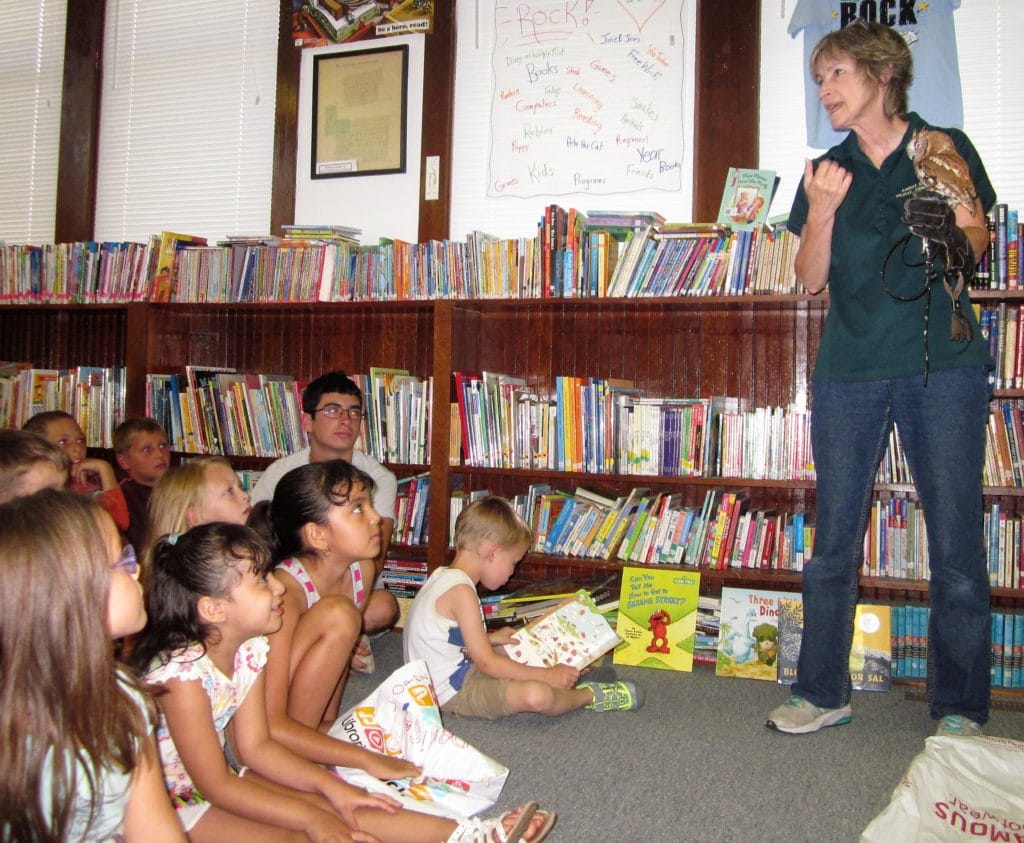 During the program, we not only learned “What Does the Fox Say?,” but also what many other animals in our prairies, ponds and skies say. 🙂

Archie, the screech owl, opened the show with a quiet but head-turning display that wowed the kids. We heard his song on the computer as he studied the kids intently. 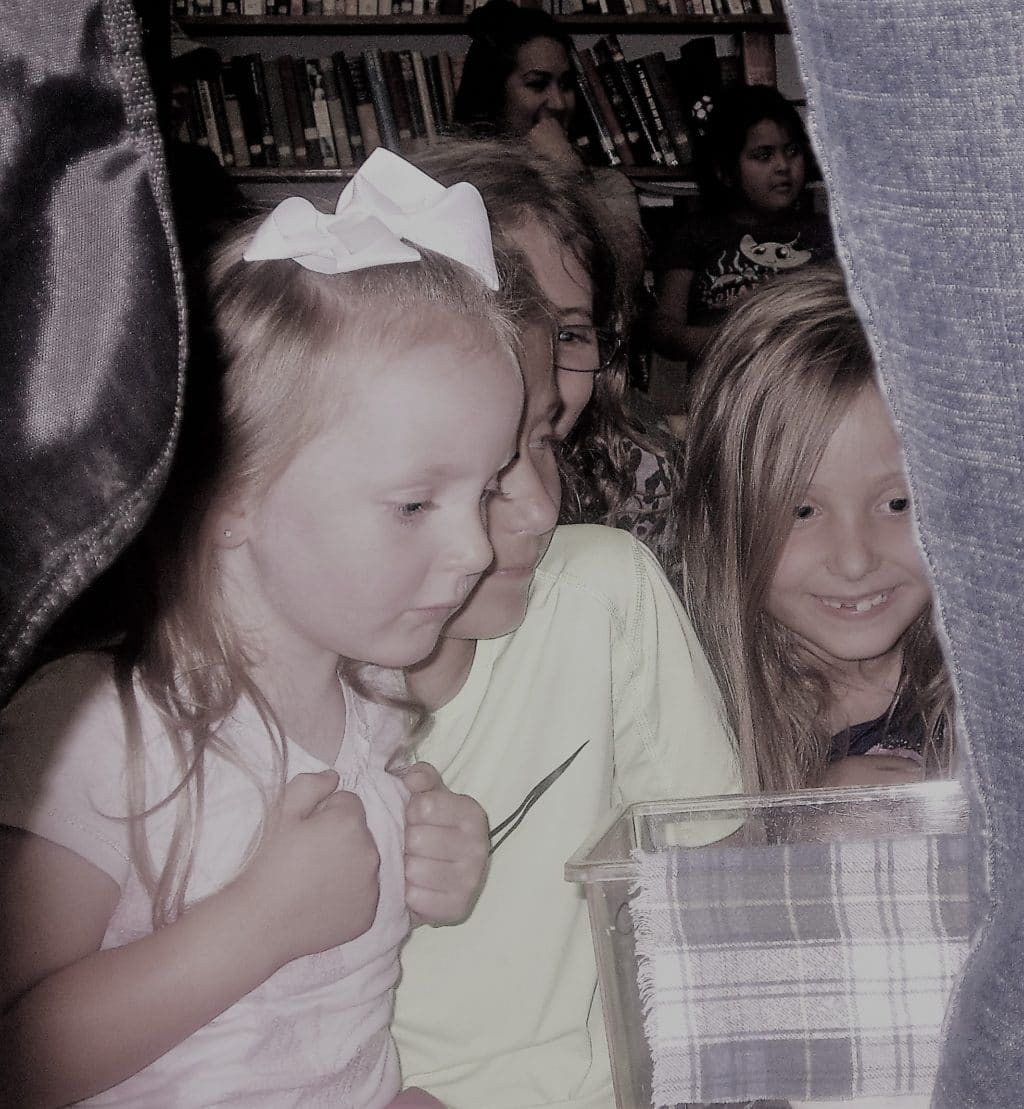 Next up, a big brown bat hung out and happily munched on mealworms while the echolocation microphone broadcast her search for more. An up close view of her made some hands clench & hearts race… while others were all smiles & even wanted to hold her (which was not an option!).

Melodious frogs and toads closed out the program. After peering in at a Plains Leopard Frog, we listened to various frog songs and then made our own frog and toad chorus. Kids used balloons, marbles, combs, and wooden frogs to mimic the sounds of real frogs in nature. They followed directions well, and the symphony was a success. 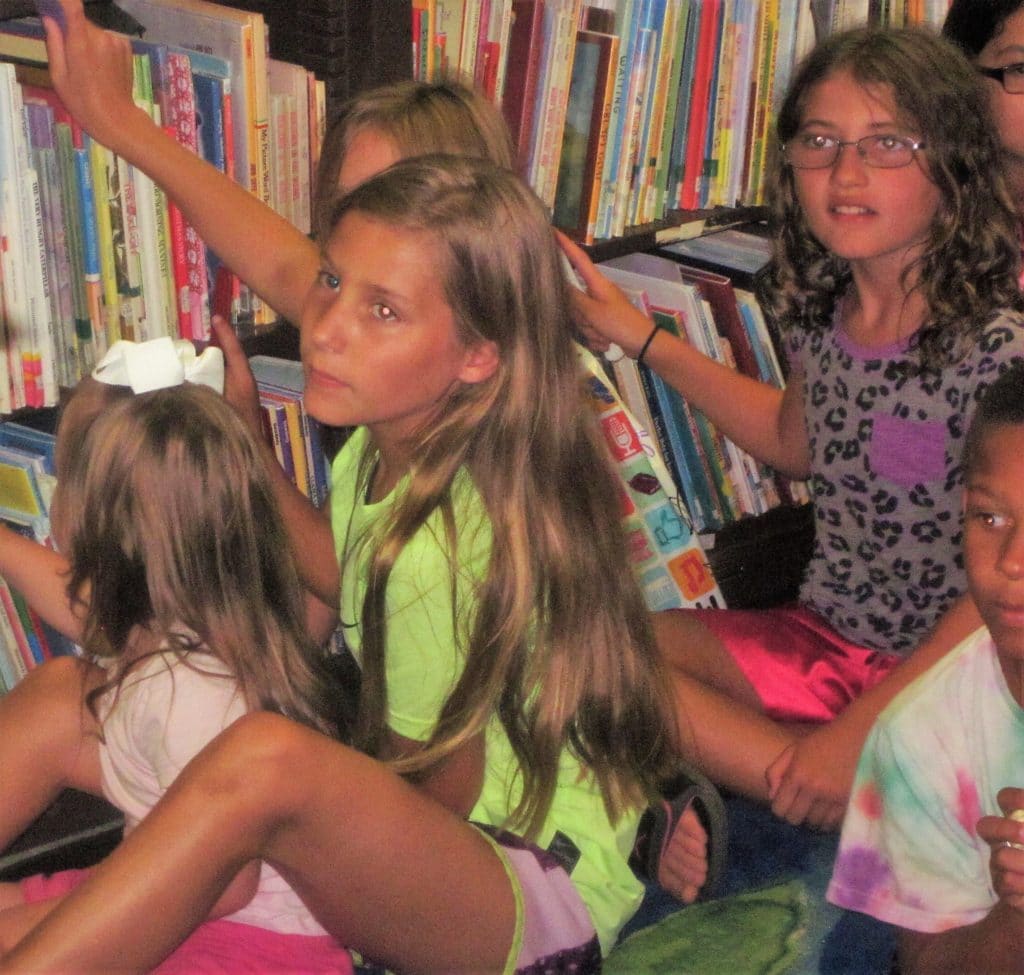 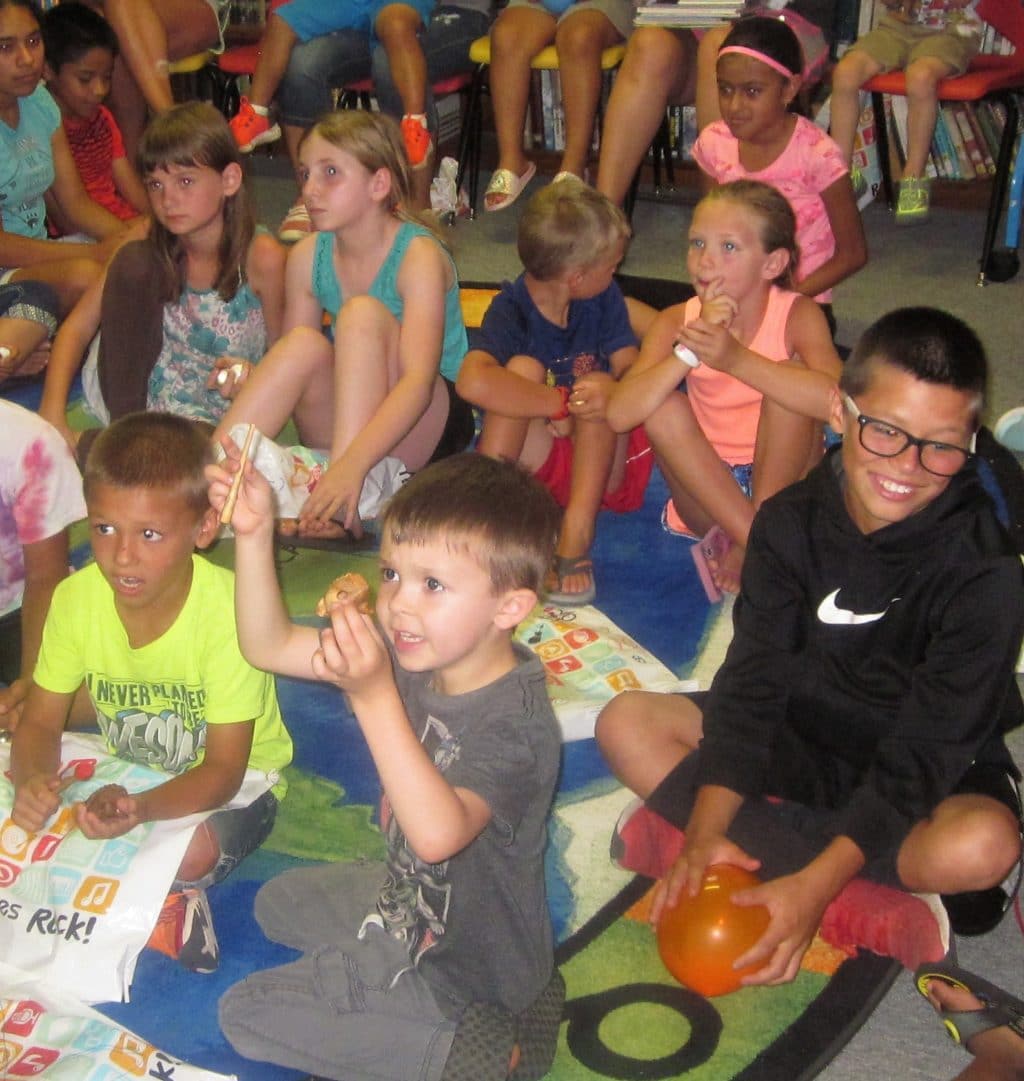 “Thanks,” to Pam Martin and the Kansas Wetlands Education Center for this fun and educational program!  And, we look forward to Wednesday, June 20th, when we meet at the Macksville City Park for a Toad-ally Fun Time at our O.K. Kids event, from 9:00am-10:30am.

Hope to see you there!